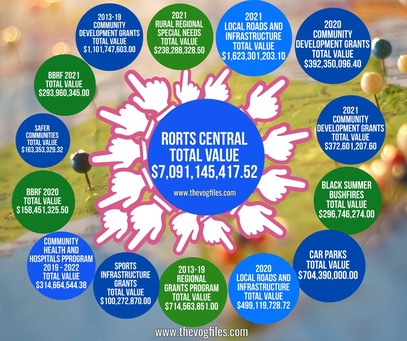 We have now Analysed $7 billion+ worth of grants given out by this Coalition Government."Where has the Fair Go Gone?" Pork Barrelled that's where.
​No 4. Safer Communities. Targeted at religious groups. 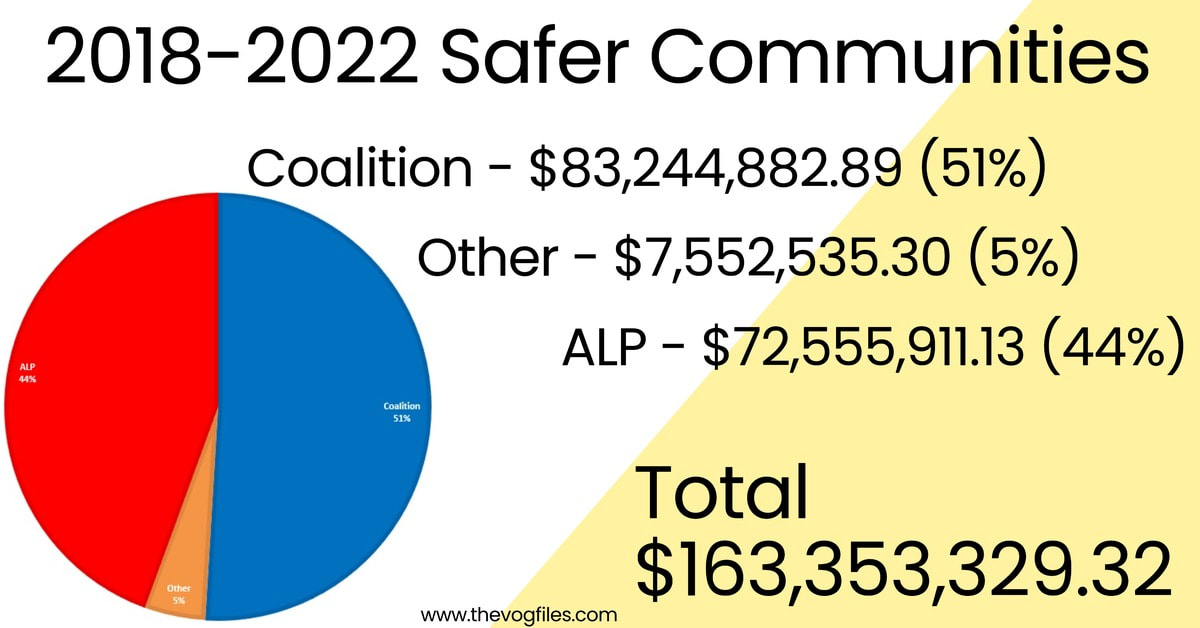 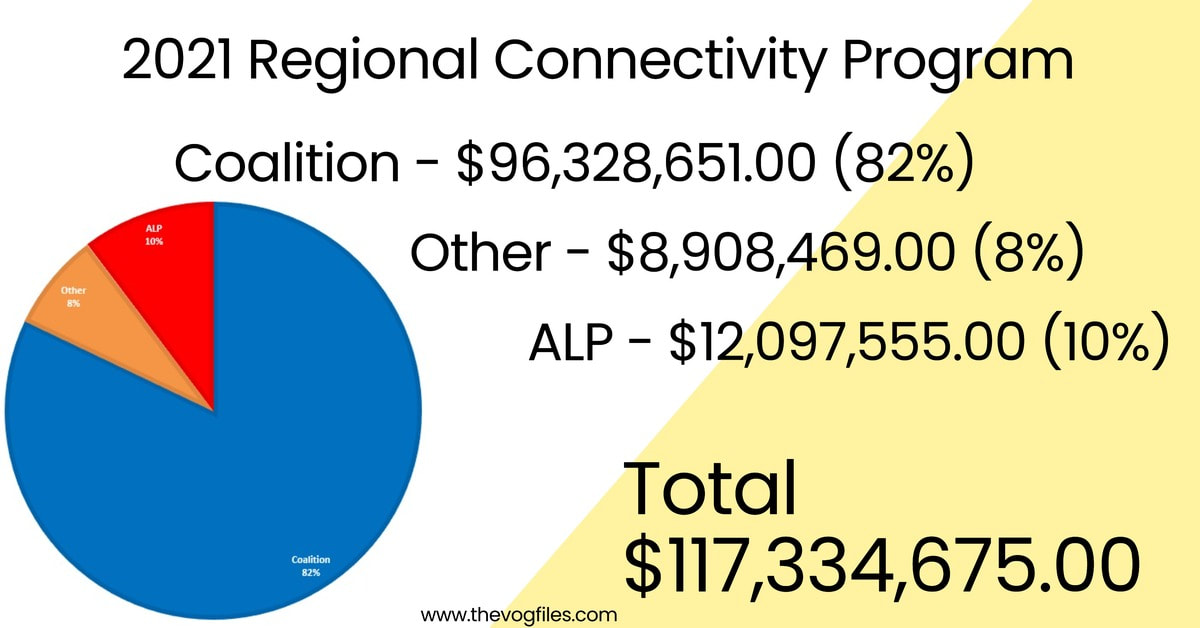 As you can see the Distribution is skewed to the coalition Seats big time. Labor have 68 Seats and the Coalition have 77 so you would expect the distribution to be fairer. But it's not. Let us remind you of the 9 other Programs we have analysed.

​No 6. Sports Infrastructure Grants. The $100 million scheme that started this all off. 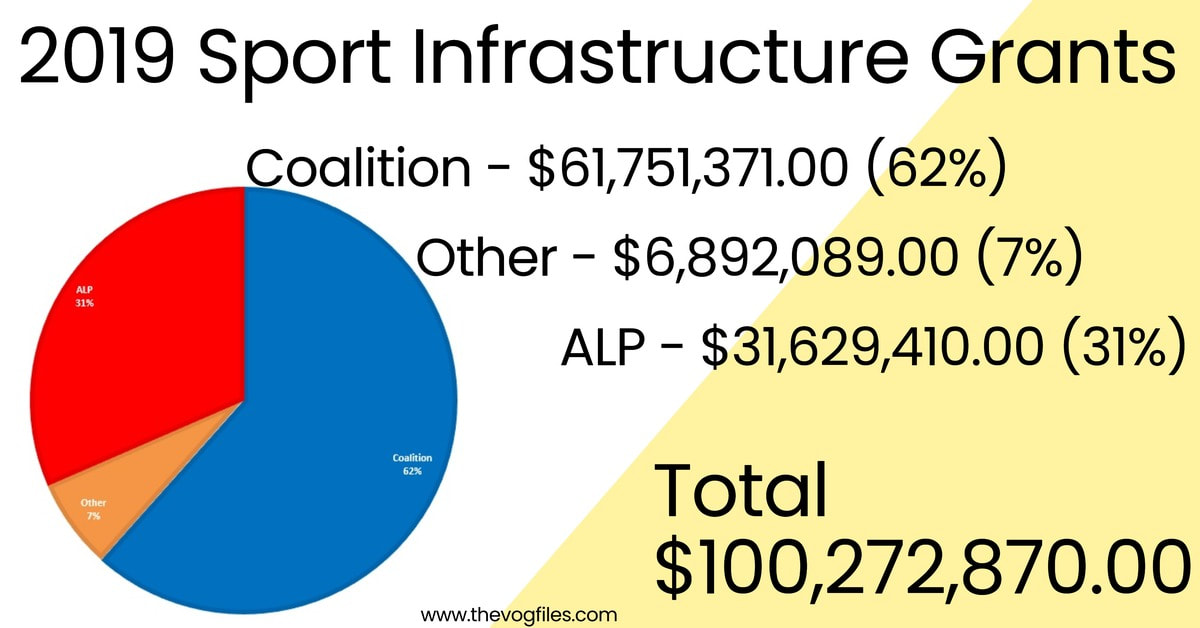 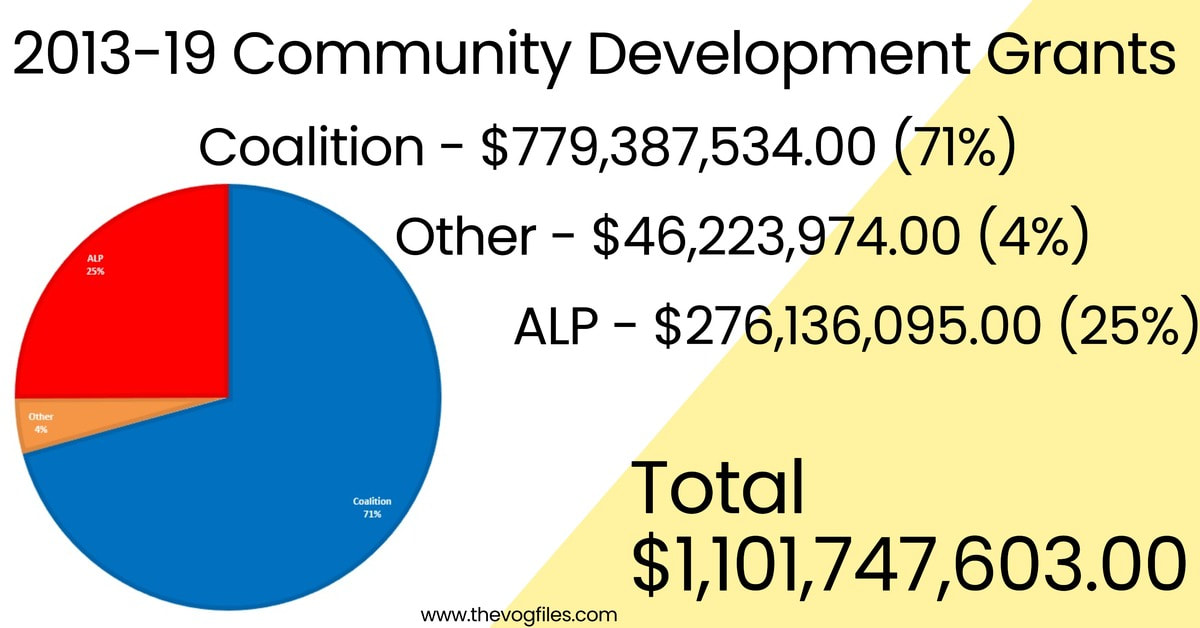 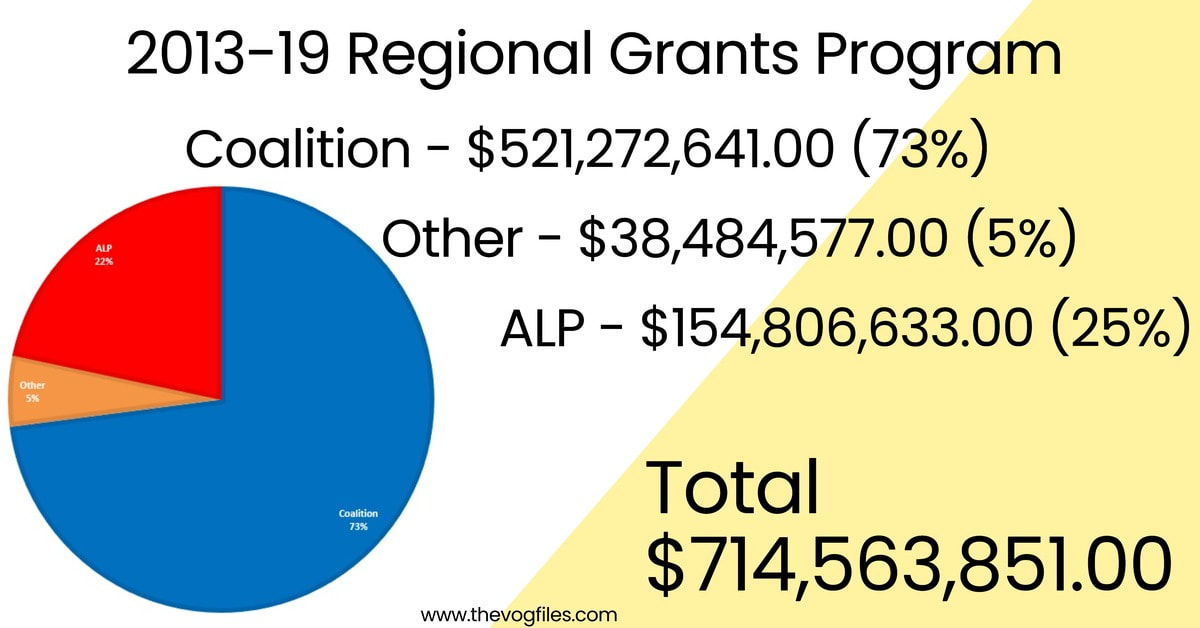 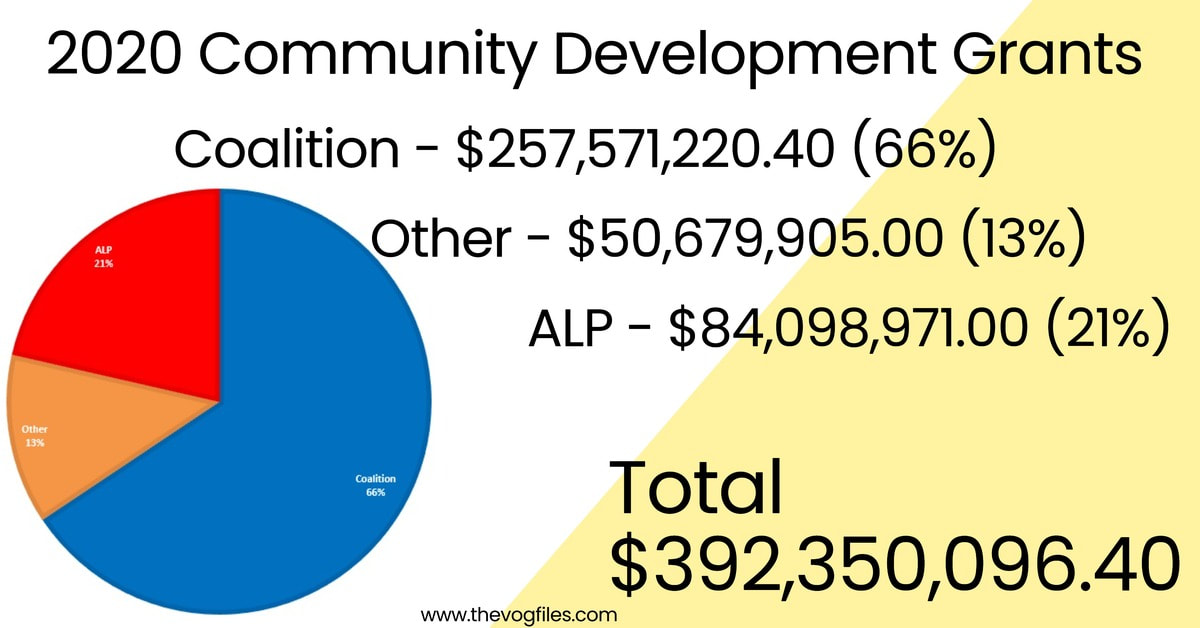 ​No 10. Building The Better Regions Fund 2020. Currently being Audited by the Auditor General. 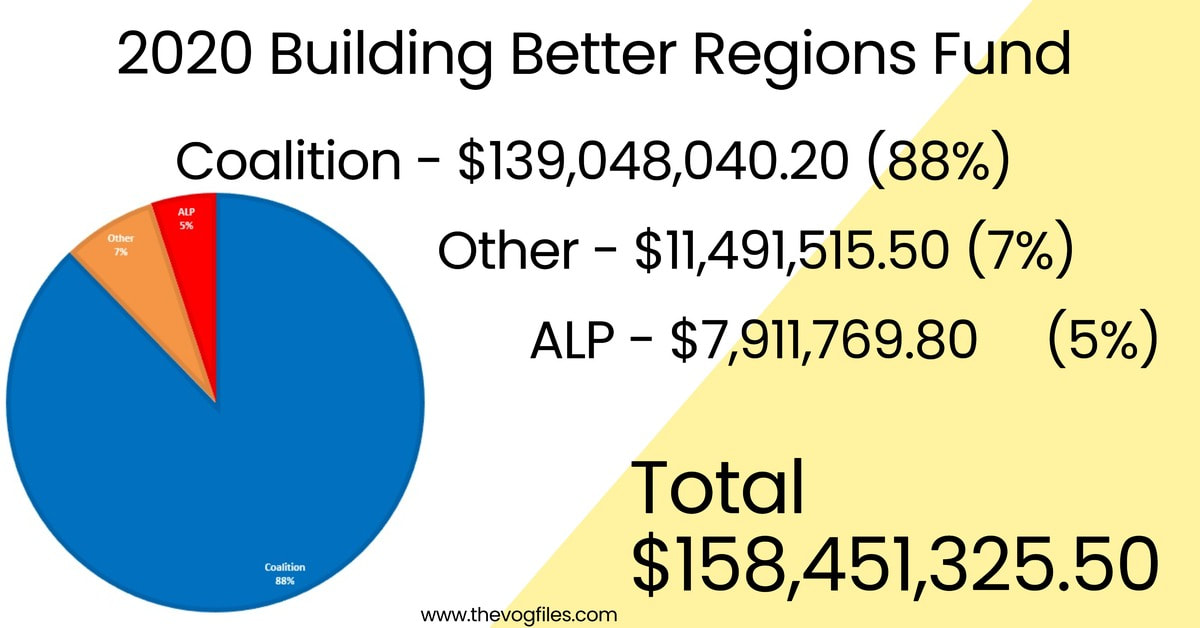 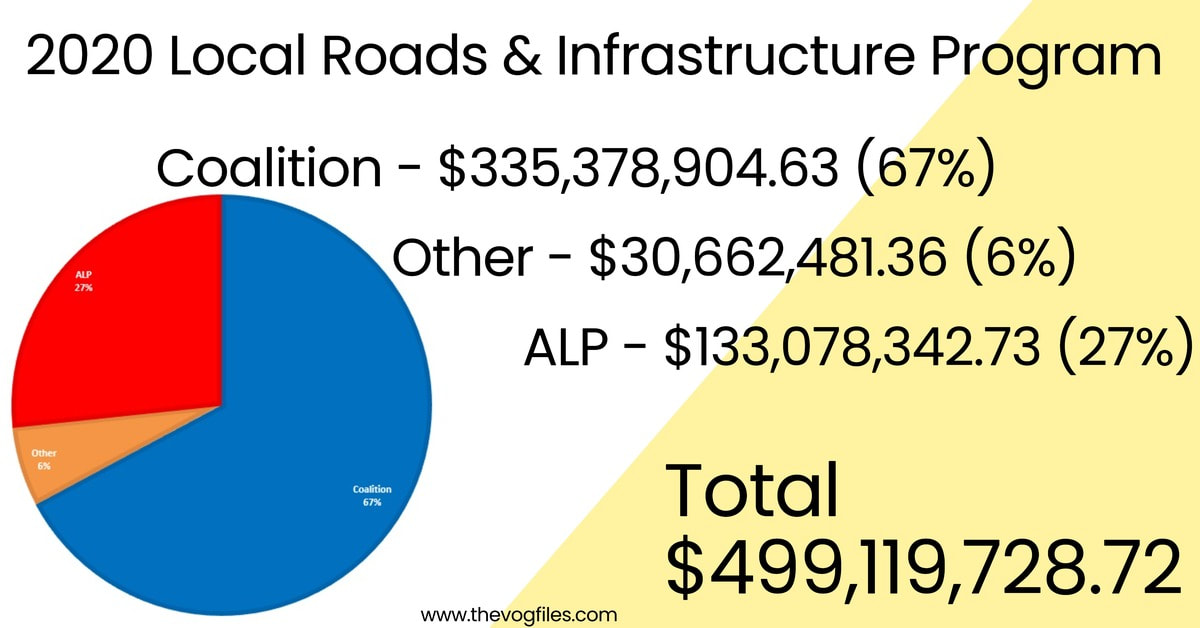 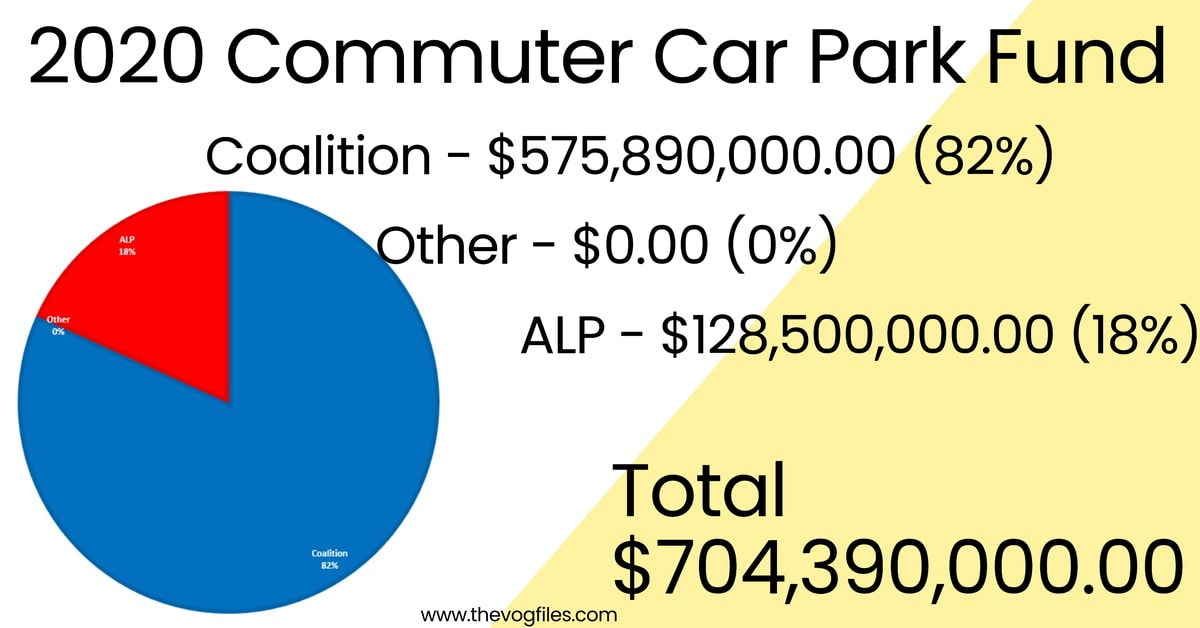 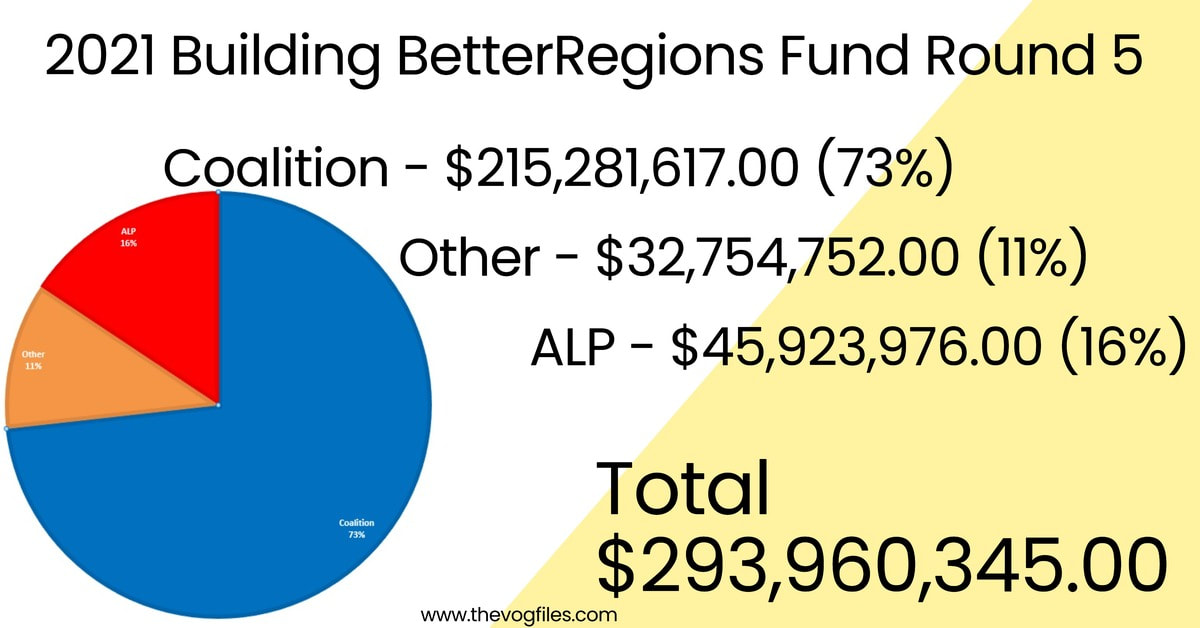 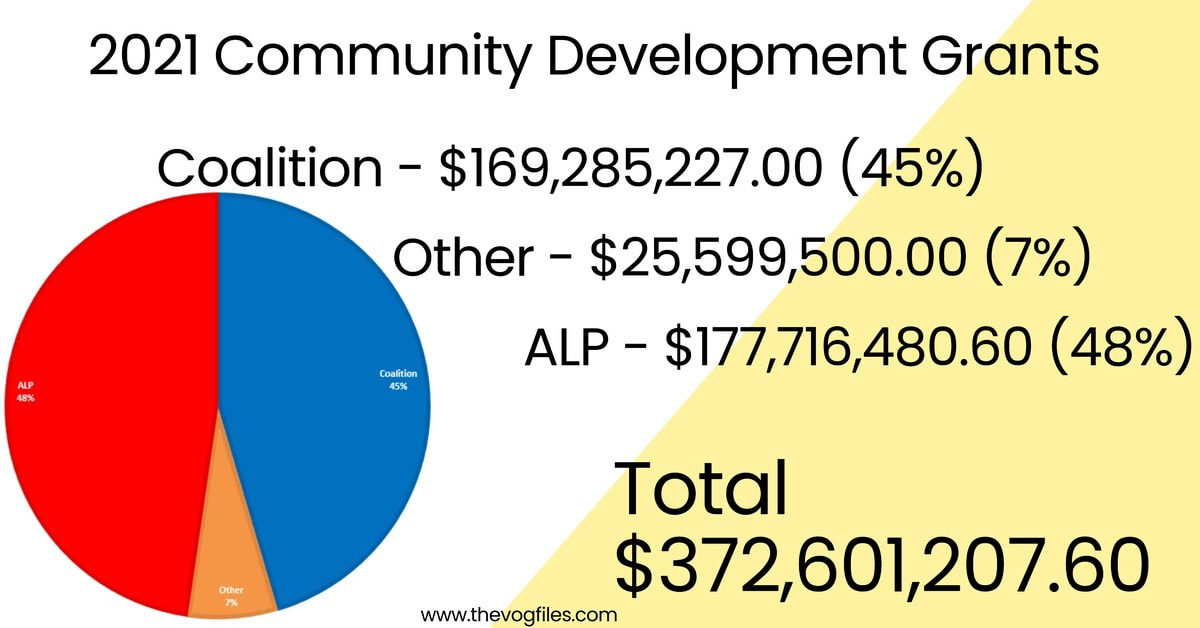 ​So after all of those proportional mismatches, where the Coalition seats got the majority of the funds here is the Total Analysis again. 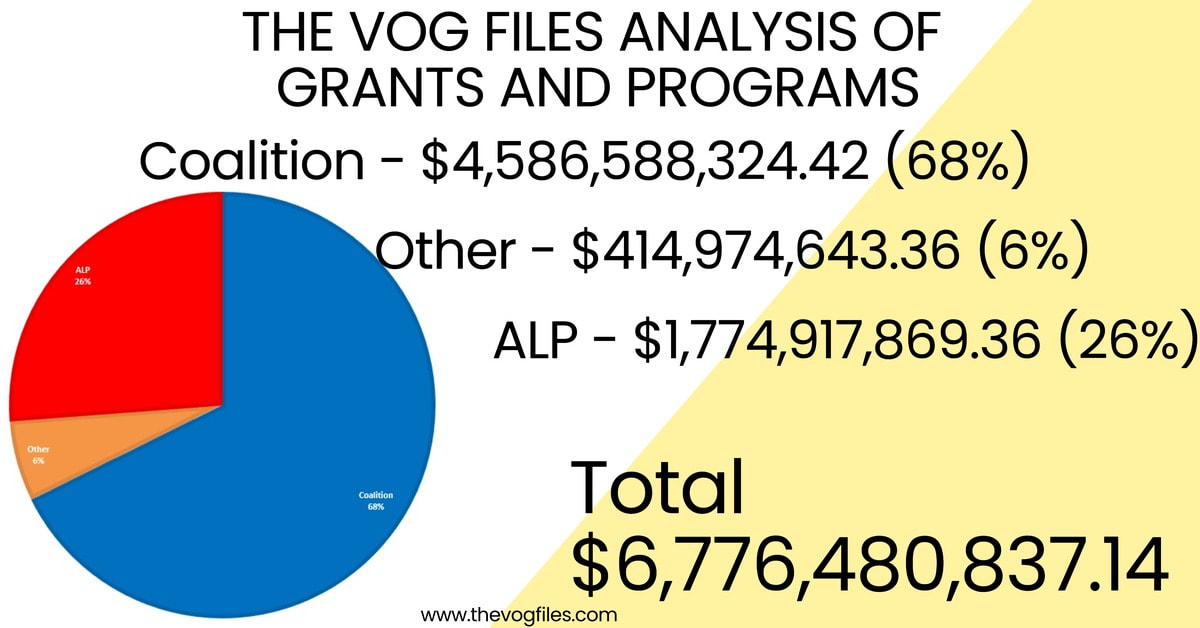 ​We ask again. "Where has the fair go Gone?" We at the http://thevogfiles.com believe that this distribution of funds is to re-elect the Coalition. The next two Slides show that in as stark a fashion as is possible. Firstly lets show you the coalition "Fair go" 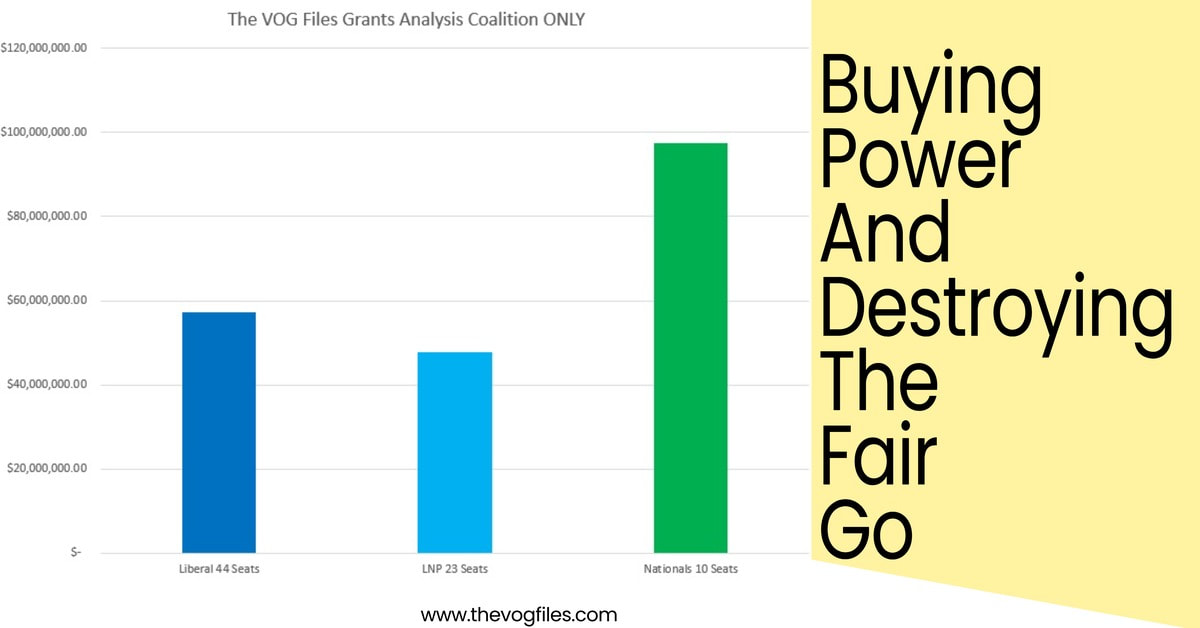 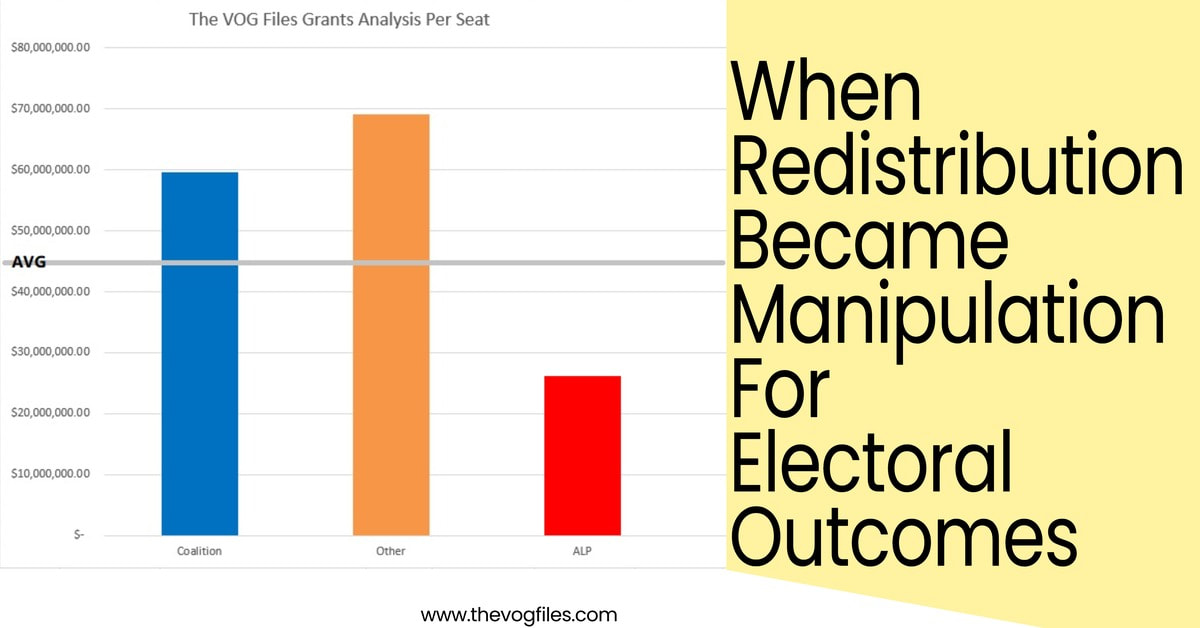 ​This is all about about Integrity!

*Thanks to THE VOG FILES TEAM 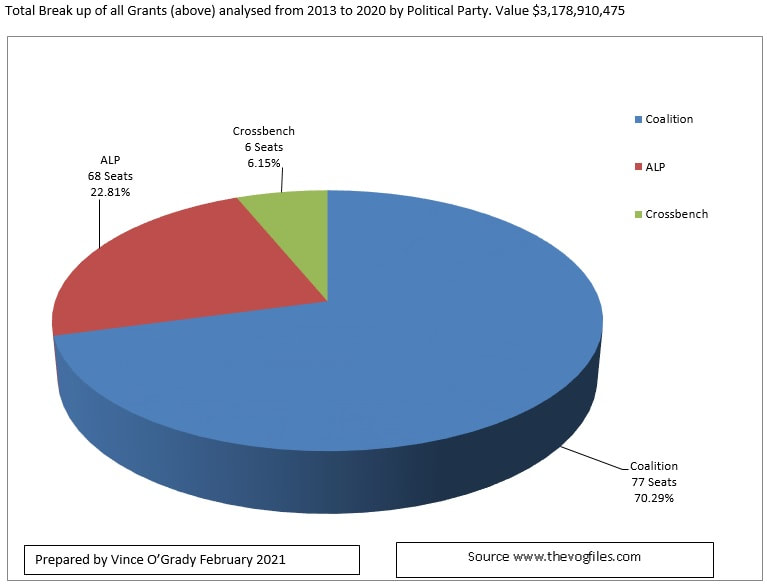 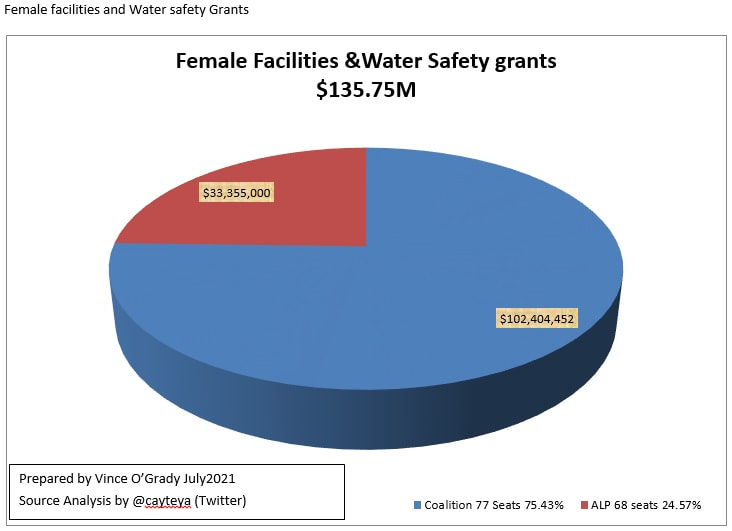 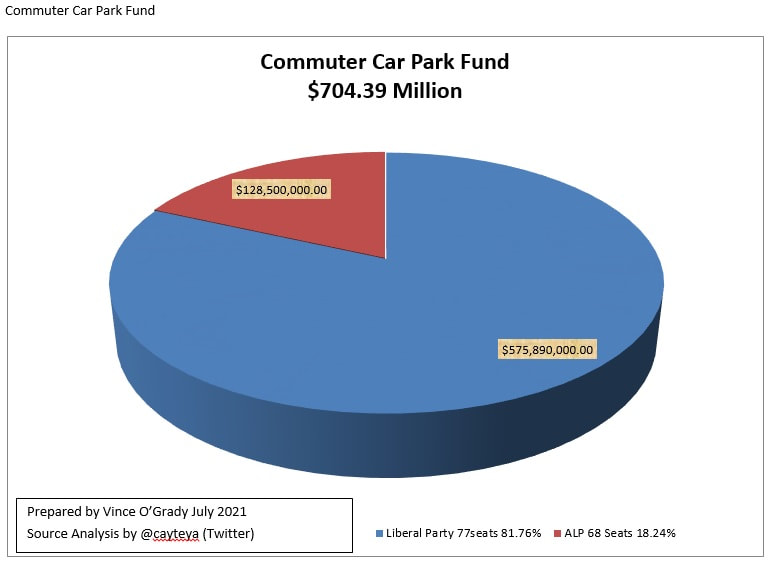 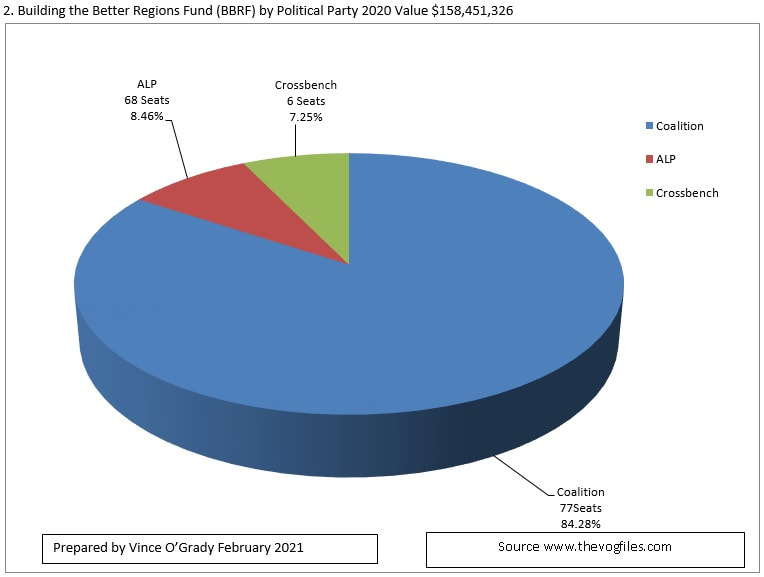 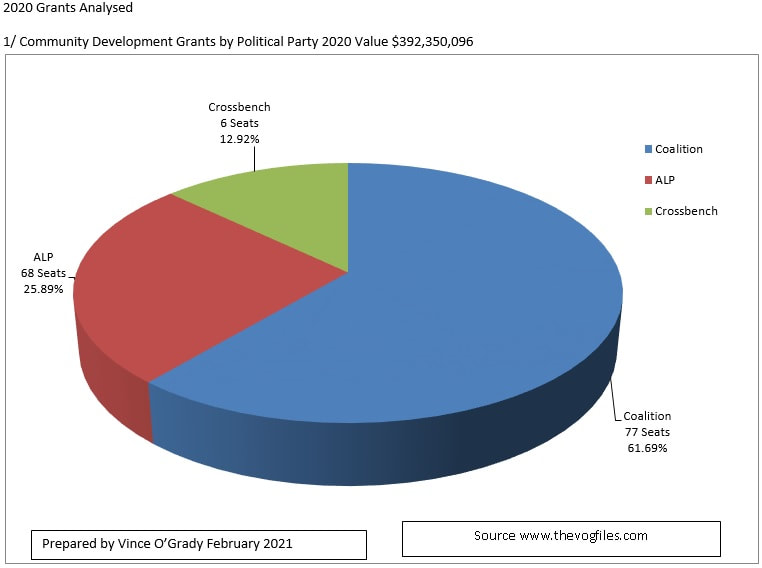 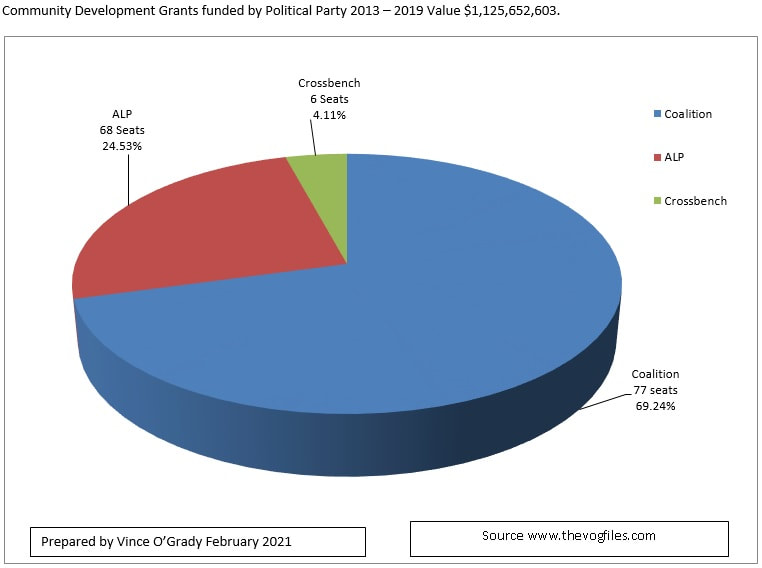 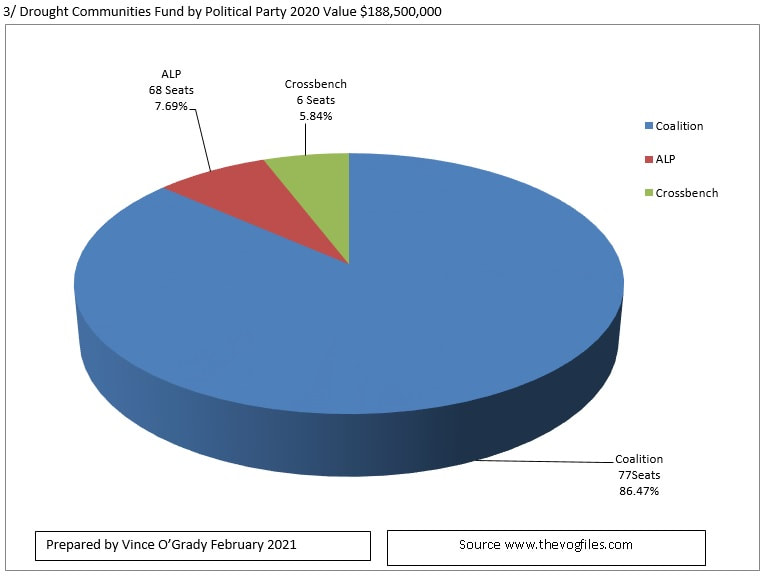 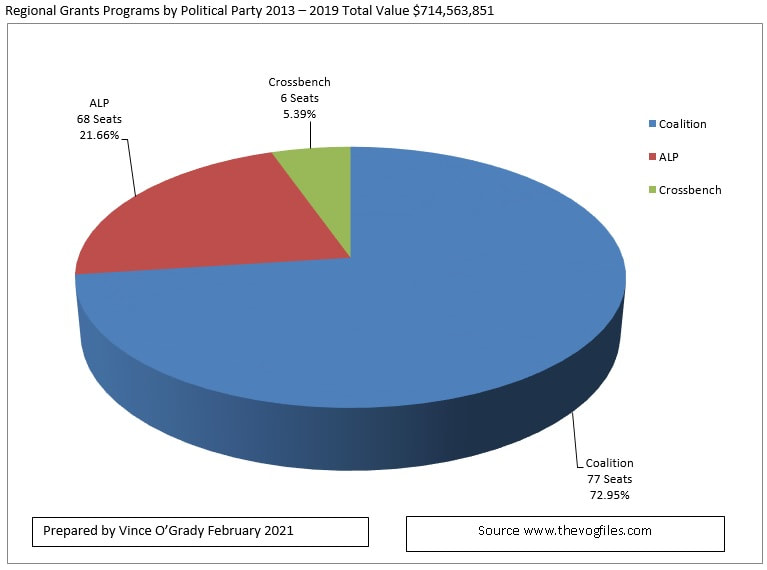 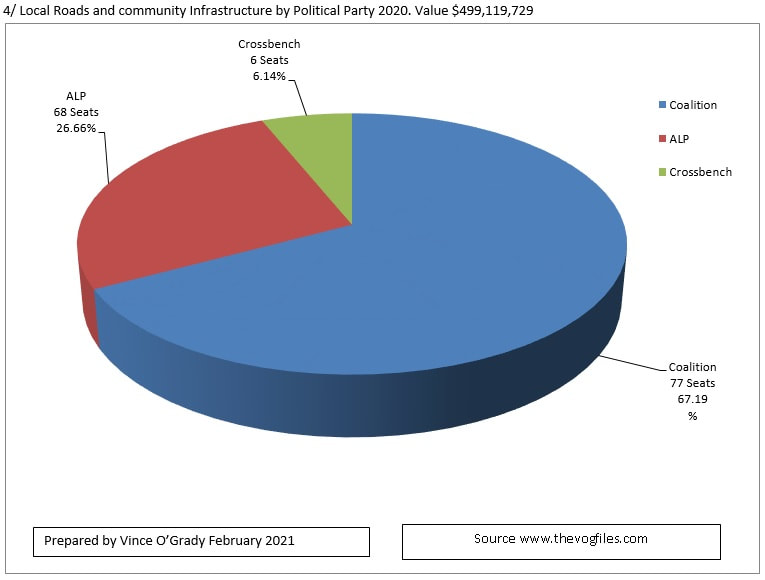 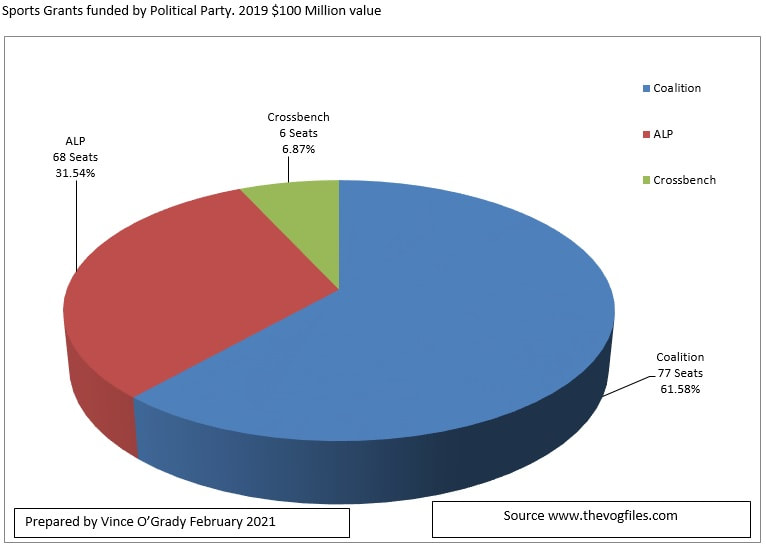 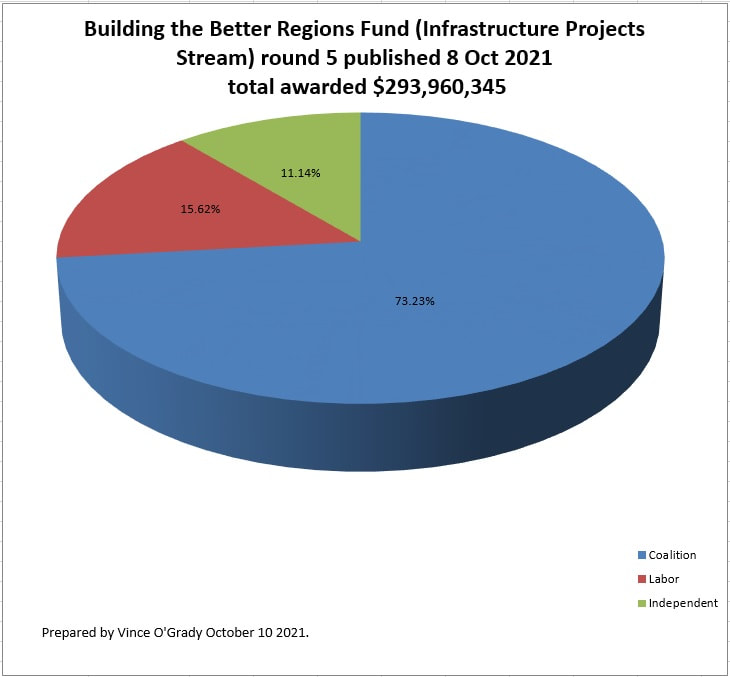 Statement of Authenticity of Data Analysis