With thanks to @Trixie_Boo for getting the VOG Files Team to investigate.
​Transcript of PM’s speech (Scott Morrison) on April 14th 2022.
Source  https://twitter.com/Trixie_Boo/status/1514456491763580933?s=20&t=S3M6_7ccFX6nB5NGR0sl-A
“We closed seventeen detention centres that Labor had to open. We got every single child out of detention that Labor had put into detention. And let’s not forget, because i saw them with my own eyes. I went to Manus Island, where Labor put Children in offshore detention centres on Manus Island. I met them there, I met their Mothers, and I saw their distress. And I put in place a policy, that ended all that. And got them out. So if people want to weigh up, and understand these issues of Border protection, they can believe someone who came up with it,  stood up to the opposition on it, which included Anthony Albanese, implemented it, safely, stopped the boats, protected our borders, closed the detention centres, and got the children out. Or they can listen to Anthony Albanese, who has been a complete weathervane on this issue.
Who is this guy?
That’s what Australians are asking. He’s had three years to tell them who he is, people know me, some people disagree with me, some people agree with me. Some people don’t like how i say somethings, other people do. But you know who I am. And when it comes to border protection, I’ll tell you who knows who I am, the people smugglers.”

Lets’ pay particular attention to this segment of his press conference.
“And let’s not forget, because i saw them with my own eyes. I went to Manus Island, where Labor put Children in offshore detention centres on Manus Island. I met them there, I met their Mothers, and I saw their distress”

Some Questions arise.
1/ When did Scott Morrison go to Manus Island to see these Children?
2/ Did he see their mother’s there?
3/ Did he see their mother’s distress?
​
To ascertain the Answers to these Questions, I have researched a raft of documents to answer these Questions.
To put the results of the research into an intelligible format I think a timeline of events would be prudent.
As we know in the Rudd/Gillard/Rudd years Asylum seeking was a very contested policy area. I am not going to delve into the actual policy just the events in a timeline
See More Read The Timeline and Supporting Links Click Here> 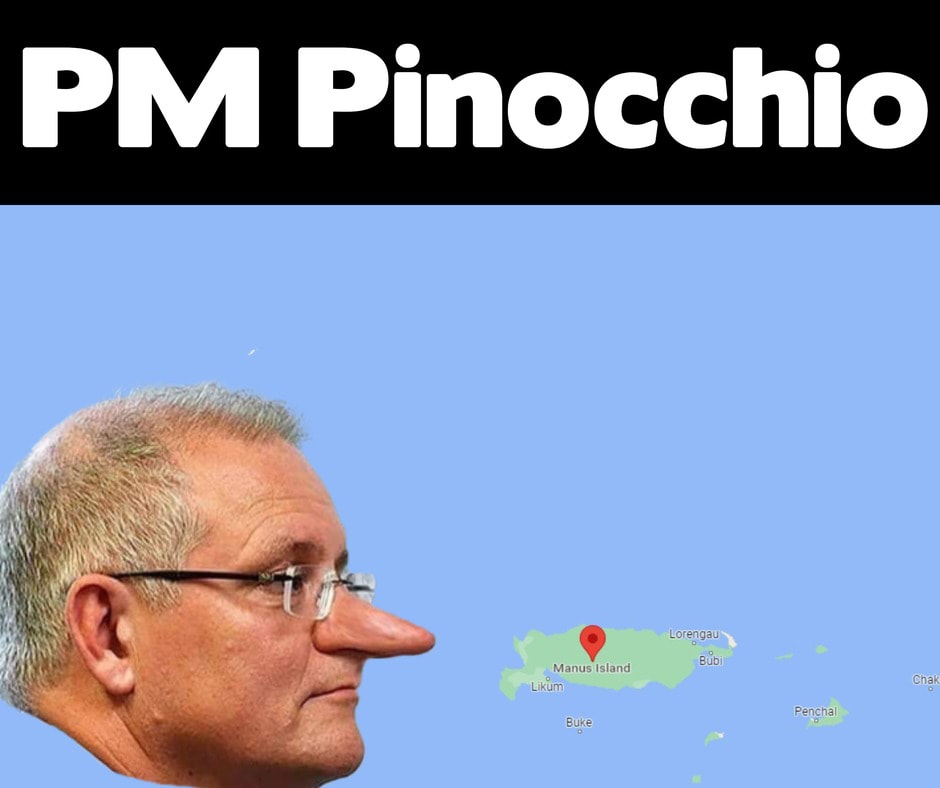